In Western medicine, schizophrenics are considered to have a mental illness with symptoms that include hallucinations, paranoid or bizarre delusions, and dysfunction. The current treatment for schizophrenia (with no cure) involves antipsychotic medications with side effects, such as tics, tremors, muscle spasms, weight gain (as much as 60 to 100 pounds in a short-time period that can lead to development of diabetes and high cholesterol), over-sensitivity to sunlight, and sleepiness or restlessness. The medications also dull the patients’ emotions, leading to apathy and withdrawal from life.

When Shaman Elizabeth Herrera works with schizophrenics, the healing involves removing negative entities that may be attached to the person, then requesting that angels stand guard over the person to prevent future attachments. In addition, there are consultations with the person’s soul, which take place in the spirit realm, to help them better understand their spiritual journey.

It can take days to months for the healing results to be fully or partially realized. During this time, entities may continue contacting the person, but their voices will be quieter because of the barrier created by the angels. Over time, the entities will normally give up when they don’t get a response.

The best part about this type of healing is it doesn’t interfere with the schizophrenics’ ability to communicate with the divine spirits, angels and spirit guides. However, it is a learning process for them to discern between the negative entities and divine beings, but after the healings, their minds will begin to clear, making discernment easier.

A healing for schizophrenia involves a minimum of three healings. It takes time for a person’s vibrational levels to rise and for their mind to clear. The additional healings help ensure the schizophrenic is supported during any setbacks that may occur during the process. Please keep in mind that not everyone responds to their healing.

(Schizophrenics should consult with their psychiatrist before making any adjustments to their medications.)

Schizophrenia healing consist of three sessions. After purchase, a code will be displayed on a confirmation page and included in the confirmation email. The code is to be used by the client to book the first session. Shaman Elizabeth Herrera will book the remaining two sessions based on what she discovers during the first healing session.

This guided meditation is perfect for balancing your chakras, energizing your energetic body and bringing in the Divine energy.

I give a brief overview of what inspired me to write my memoir Shaman Stone Soup, and then read the first chapter.  BUY ONLINE: Barnes & Noble Amazon Audible US Australia Canada India UK Kobo ebooks iBooks

This guided meditation will facilitate bringing in the loving, divine energy for yourself as well as sharing it with the rest of the world. It’s a great way to restore peace and joy within yourself. 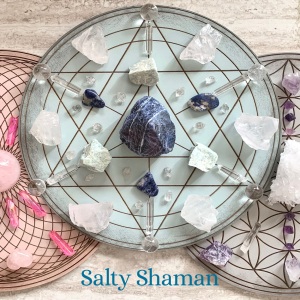